Scientists at the newly founded Illinois Center for Advanced Studies of the Universe (ICASU) at the University of Illinois at Urbana-Champaign have been awarded $1.2 million total in two grants from the National Science Foundation (NSF).

The funds will support two research projects that aim to elucidate the fundamental physics of the cosmos. 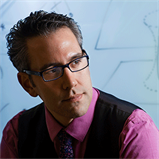 Illinois Physics Professor and Founding Director of ICASU Nicolas Yunes (left) notes, “Extreme gravitaters, like black holes with giant accretion disks and colliding neutron stars, are beginning to reveal the mysteries of the universe. These two new collaborations are a perfect example of the interdisciplinary research carried out at ICASU. With these grants, not only will we be able to create new collaborations in fundamental physics within the University of Illinois, but we will also be able to build a bridge between the extreme gravity efforts carried out here at Illinois and at UChicago."

Yunes is the principal investigator on one of the projects, which is a joint effort with the University of Chicago. This team will investigate the use of gravitational waves to measure the expansion rate of the universe. “Gravitational waves are like sirens in light houses. If we hear enough of them, we can measure how fast their sources are moving away from each other due to the expansion of the universe.” 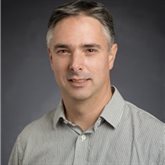 Co-PI Gilbert Holder (right), Physics Professor at the University of Illinois, says, “While we know that the universe is expanding, measuring the rate has been notoriously difficult for almost a century now. There are now several independent methods to make the measurement in ways that appear to be quite precise, but they give conflicting answers at a level that is far outside their measurement uncertainties.” 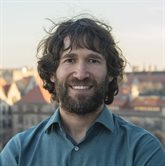 Co-PI Daniel Holz (left), Physics and Astronomy Professor at the University of Chicago, adds, “It could be that there are some subtle errors in the measurements, or this discrepancy could be a hint that there is something wrong with our cosmological model. The latter would be a profound and revolutionary development. The proposal will help us address the discrepancy, by potentially providing an entirely independent and robust measurement of the Hubble constant.” 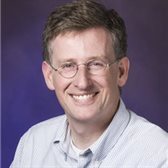 Illinois Physics and Astronomy Professor Charles Gammie (right) is the principal investigator on the second project. Gammie and co-PI Yunes will use X-ray data from accretion disks emanating from supermassive black holes to test the foundations of Einstein’s theory of general relativity. Gammie is a member of the Event Horizon Telescope team, where he played a pivotal role in producing the first image of a black hole, which captured the world’s collective imagination in April 2019. With this new research on accretion disks, he hopes to build on that groundbreaking work.

Gammie says, “The light we see in the ring has passed close to the black hole's event horizon, and its trajectory was bent by the black hole's gravitational field. So even small changes in the gravitational field have the potential to produce large changes in the image. We hope to identify what small changes might be produced by alternative theories of gravity, and how best to measure them or – if general relativity is correct – how best to place sharp limits on the magnitude of those changes.”

Yunes adds, “This research is important, because if even a tiny deviation from general relativity were observed, it would be devastating to Einstein’s theory and possibly lead to a scientific revolution. If no deviation is observed, the results are still very valuable, because they would place constraints on theories of gravity that go beyond Einstein, showing us where not to look.”

“These two collaborations are indicative of the interdisciplinary work made possible through ICASU, which brings together scientists in the fields of gravitation, cosmology, nuclear physics, high energy physics, astrophysics, computer science, and mathematics,” says Yunes.

ICASU was founded in the spring of 2020 with the express goal of promoting interdisciplinary collaboration to solve some of the universe’s most challenging puzzles. Holder notes, “This [gravitational wave] proposal is well matched to the larger mission: it involves faculty with very different backgrounds and expertise, it is fertile ground for training interdisciplinary young scientists, and it is built around using gravity and nuclear physics to measure one of the most remarkable features of our universe: the rate at which galaxies are receding from each other.”

In addition to promoting collaboration within the University of Illinois, this funding creates new opportunities for collaboration with faculty and students at the University of Chicago. Holz says, “The reason this proposal is so exciting is because, by bringing world leaders in the field together, we hope to solve a problem that neither institution could solve on its own. This funding will allow for a free-flow of ideas and personnel between our institutions and will foster productive, long-term collaboration.”

The two three-year grants are both part of NSF’s Windows of the Universe: The Era of Multi- messenger Astrophysics (WoU-MMA) program, one of NSF’s Big Ideas programs.